The Mohave project covers over five square miles of strongly altered rocks and virtually all of an historic gold district that is estimated to have produced about 100,000 tons at a grade of between 0.33 and 0.5 oz Au/ton. The project comprises 148 unpatented lode claims and 13 mill sites in a mining-friendly environment on land administered by the Bureau of Land Management (BLM). There have been more than 550 drill holes totaling more than 68,000 feet drilled on the project, and this drilling has developed a historic Reserve of 56,000 oz/Au and a historic Resource of 40,000 oz Au for total of 96,000 ounces of gold. All of the historic drilling has been done in the northern one-fourth of the property, and the majority of these holes were shallow, 100 feet-deep, air-track holes, and many stopped in ore-grade mineralization. Most of the work was done in the 1980s and 1990s and was directed toward putting the known gold reserve/resource in the northern part of the property into production rather than exploring the potential for a much larger, 1 M oz Au, deposit.

The previous private owners spent approximately $12 Million developing the property and installing a heap-leach facility. Before the pad could be loaded, the group ran out of funding, and the property has set idle since the 1990’s.

Some of the 1990’s infrastructure is still on site including: two water wells, a leach pad, unlined ponds, and a 350 tonne per hour crushing circuit with conveyor line. All of the project data has been meticulously preserved, and most of the project has been mapped at a 1:2,400 scale with widespread geochemical gold in soil and rock spread across the entire 5 kilometre length of the property.

Currently the project is undergoing aggressive data compilation of previous mapping and sampling programs that have identified significant areas of highly anomalous gold that have never been drill tested. To date the compilation work has resulted in the discovery of several more well mineralized zones.

Based on the geologic mapping and anomalous gold values in soil and outcrop samples, there are 18 additional target areas on the project that have not been drill tested. Most of these untested zones are in the southern three-fourths of the property and centered on altered and silicified areas.

There has been no drilling in the southern part of the property, no drilling on new geochem targets in the north area, and no angle holes have been drilled to test the structural targets that may underlie the flat-lying veins and other mineralized areas.

The Company intends to permit up to 200 RAB and core drill holes on the property targeting multiple areas on never before drilled targets and expanding on historic resources.

Recent data reviews and site visits strongly suggest that the gold on the project is related to a district-scale mineralizing system and therefore has the potential to be quite large.  Rocks comprising one of the old dumps in the southern area show intense quartz-sericite-pyrite (phyllic) alteration.  This alteration style is typically associated with large, intrusion-related hydrothermal systems and not epithermal veins. 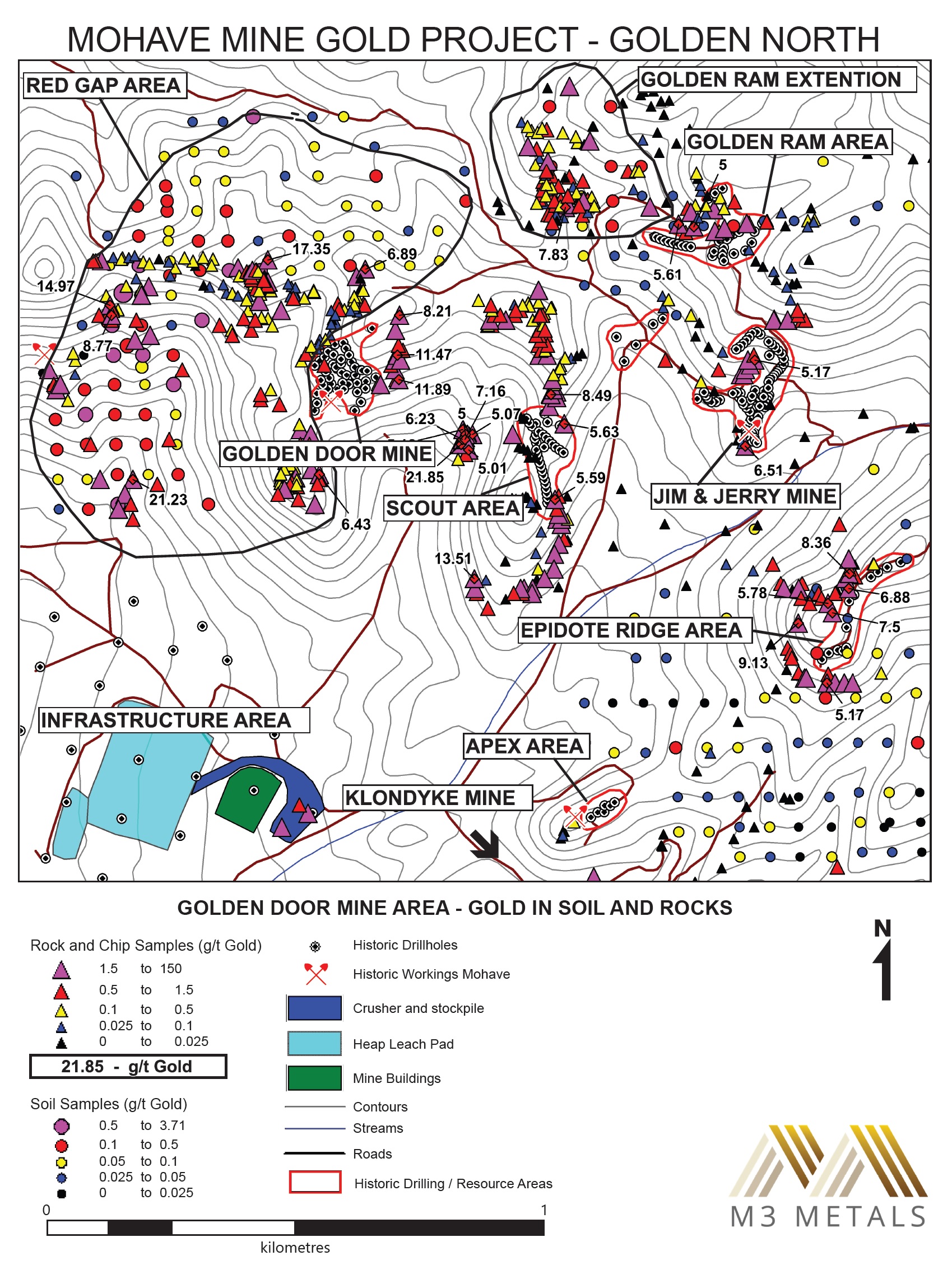 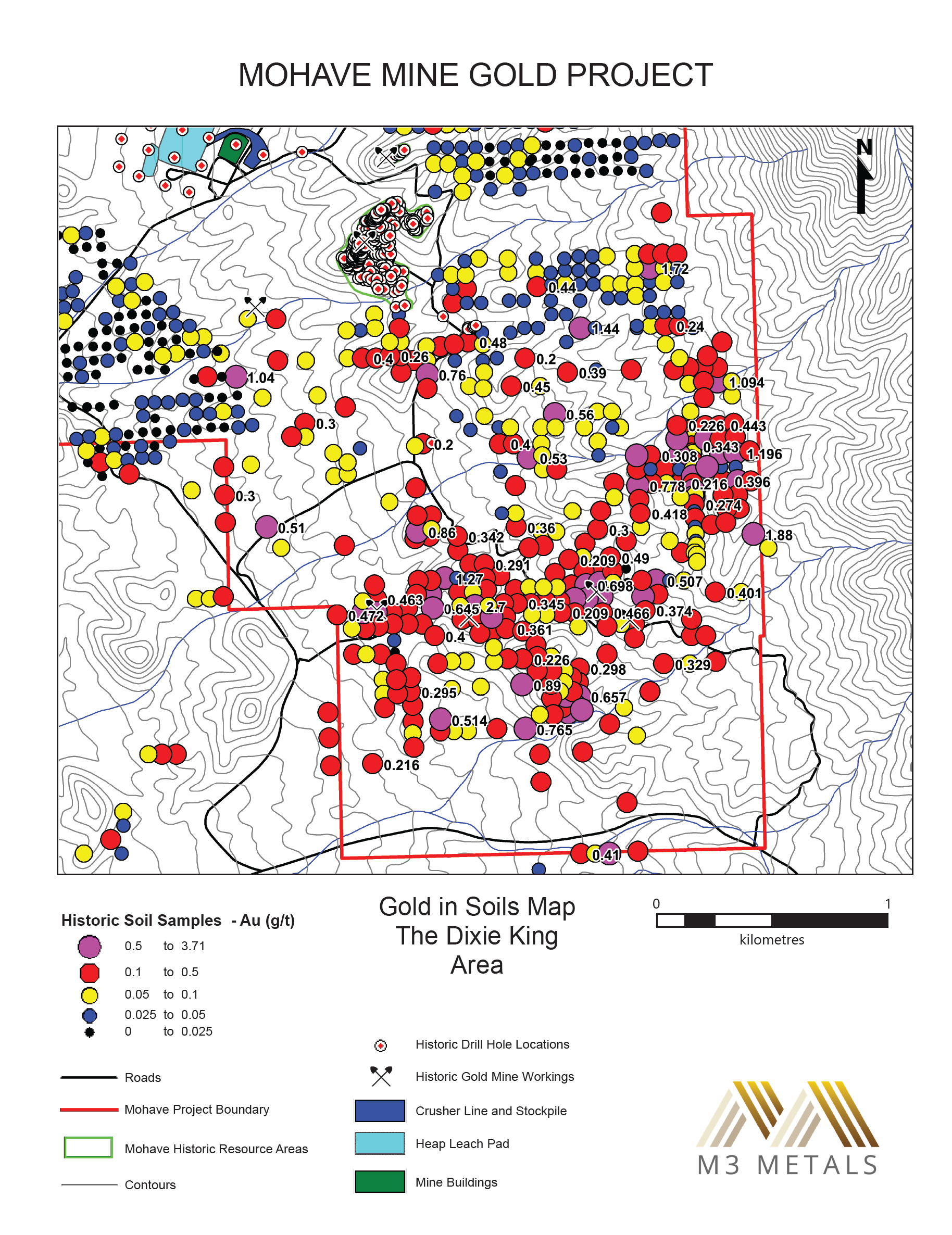 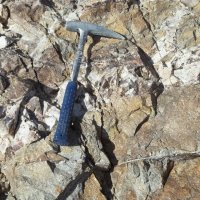 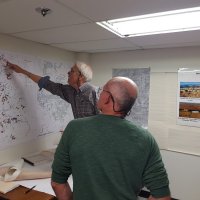 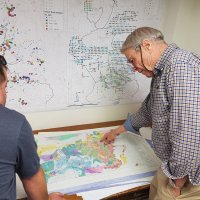 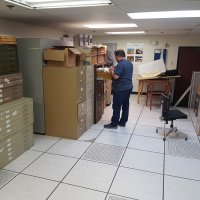 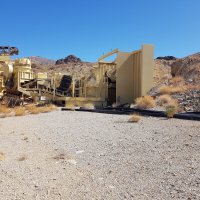 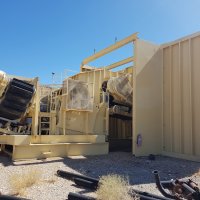 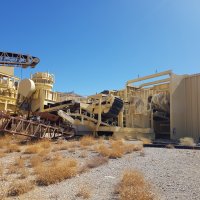 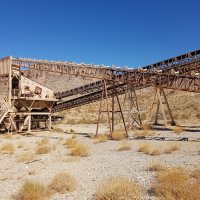 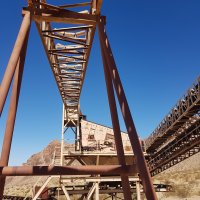 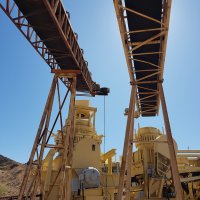 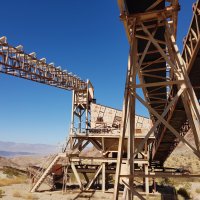 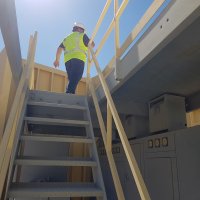 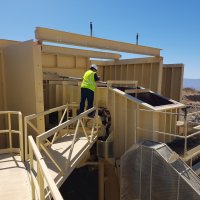 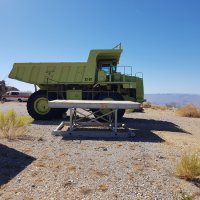 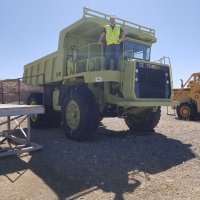 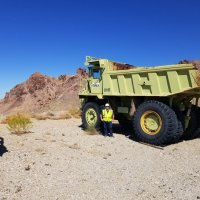 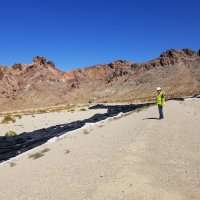 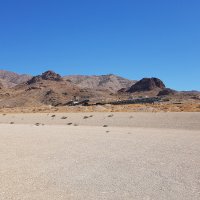 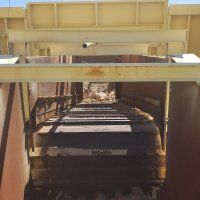 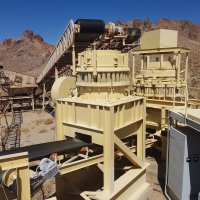 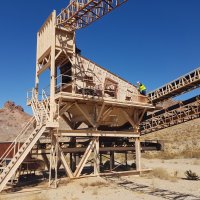 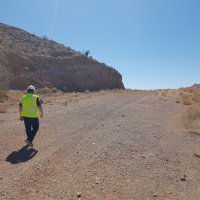 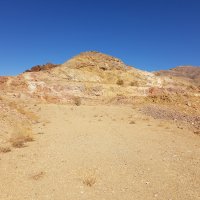 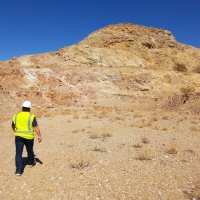 The Mohave Mine Gold Project presents the opportunity to develop a district-scale, advanced-stage gold project with a known historic reserve/resource of 96,000 oz Au. Some of the production facilities have been built. More importantly, there is strong field evidence that the geologic environment is very permissive for hosting a large, intrusion-related gold system. There are at least 18 anomalous gold zones on the project that have not been drilled, leaving potential to significantly increase known size of historic resources on the Property.